Posted at 00:56h in Uncategorized by mikemiller
Share
Go Back 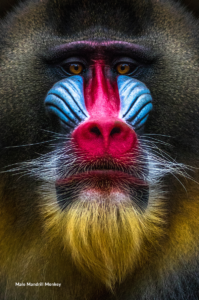 Today’s biodiversity crisis is often referred to as the “sixth mass extinction” by those who believe we’re headed for a collapse in global species counts. But perhaps, some scientists argue, we should be calling it the seventh.
In 1982, quantitative palaeontologists Jack Sepkoski and David Raup at the University of Chicago took stock of the Earth’s worst mass extinctions, naming them the Big Five. That set includes the end-Permian, the greatest extinction event of all time, which occurred around 252 million years ago and eliminated 95 percent of marine species.

At the time, the carnage of the end-Permian overshadowed another extinction event just eight million years earlier at the end of the Guadalupian epoch. Over the last three decades, though, geologists have been digging deeper into the end-Guadalupian, and it’s more widely recognised as a distinct crisis. Now, some scientists are arguing that this ancient die-off was big enough to rank among the pantheon of past apocalypses, and they propose renaming the group of major extinction events the Big Six. – National Geographic

It’s rather arrogant of us to think that we, as a species, will not be involved in this extinction as victims. We are involved as causing it. But all the propaganda we have been fed over millennia clouds our understanding. We really believe we are separate from the rest of nature. We can’t imagine a world without the human species. We think we can rupture the fabric of life, without consequence. We can kill off most of the Life, but we think we will still be here. Because why? We are superior? To what? We are the chosen. Oh, really.

There are a few voices that have been speaking out. But mostly, everything you see and hear, from all media, from the pulpit, from society has us, the human species, as separate from the rest of Nature. Even good guys who are fighting for our environment, to a degree have this perspective. Because that is what we have been programmed to believe, indoctrinated, by our own species. Because of self interest and profit in power, or riches, usually both. Organized religion is maybe the main culprit, beating the ‘God made man in His image’ drum, Corporate greed is right up there as well. And self-serving politicians. Besides, who made Him a white man? The Greeks had male and female Gods at least. Why has this white guy endured? Look to where the power is.